We’ve got some great news for you all – Magento 2 Merchant Beta is now available for download!

The Merchant Beta version of Magento 2 has now been released.

You may remember our earlier post on Magento 2, where we predicted that the merchant beta version would be available in the third quarter of the year and it seems as though we were right. If all goes to plan, we believe that the General Availability (GA) version release for Magento 2 will be completely ready by the end of the year.

Magento have said the product has been through both rigorous and exhaustive quality assurance and testing by their own in-house teams. The merchant beta version of the release will be used to fully vet the software and test it in real-world settings and conditions. 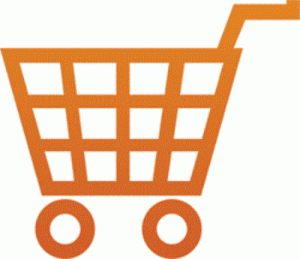 Magento 2 will come with a streamlined checkout process.

What you can expect from Magento 2 Merchant Beta

Both Magento Community and Magento Enterprise users will benefit from feature updates.

Magento 2 Merchant Beta will also demonstrate a wide variety of performance improvements including some substantial enhancements. These updates apply to both the Magento Enterprise Edition and Magento Community Edition.

Magento has selected a number of partners and merchants to work with Magento 2 in real world environments already. Magento have openly invited other partners and developers to use the published Magento 2 tools and resources which are already available. Using these resources and tools will help you prepare for Magento 2, when it becomes available later in 2015.

Although Magento have said that Magento 2 will feel familiar to the original Magento platform, it’s likely that users will still need a little training in order to get the most out of the new software.

Magento has created a whitepaper for those wishing to know more about migrating from versions of Magento 1 to Magento 2, however if you need further assistance, the team here at Magento eCommerce Agency are more than happy to help!

Once the GA version of Magento 2 has been released, we will be offering a full upgrade service. This will involve our experienced Magento developers taking you through the upgrade process and handling everything from installation and configuration to testing and troubleshooting.

If you are interested in using our full upgrade service in the near future or will require training for Magento 2, feel free to get in touch and discuss it with our developers.