Will the EU Enforce Multi-Language Translation of eCommerce Sites?

Last month The European Commission announced that it was launching a competition law inquiry into eCommerce to ensure that practices aren’t preventing cross-border trade and limiting the single EU digital market. Will the EU enforce multi-language translation of eCommerce sites?

The inquiry will look at manufacturers, retails, online content service providers and online platforms like marketplaces and price comparison websites. The European Commission believes that some companies who sell online may be using certain tactics to restrict online trade with the aim of achieving territorial fragmentation and a restriction of price competition. The aim is to stop this from happening so that citizens in certain countries aren’t at a disadvantage when it comes to shopping online. 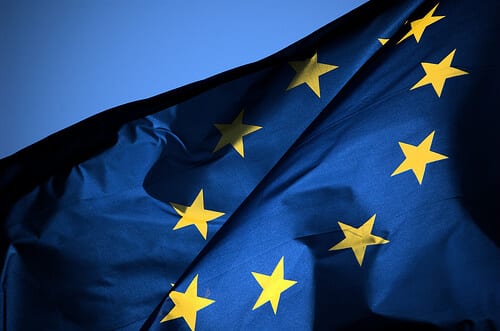 The EU is looking into why people aren’t buying online from retailers in other EU countries.

Only 15% buy from sellers in other EU countries

According to the latest figures from the European Commission, only 15% of people buy from sellers based in other EU countries. Whilst many people have put this down to cheaper and quicker delivery in home countries and supporting local traders, the Commission is also considering the possibility of language barriers.

Websites that do not support multi-language translation  could be seen as preventing cross-border trade and there is even talk of the EU implementing new rules requiring websites to enable language considerations.

English eCommerce retailers seem to be able to get away with keeping their sites in English!

No excuse for the English

Speaking at Lengow Ecommerce Day in France, PayPal said that 60% of European consumers do not buy in their local language but they do buy in English. This means that French retailers looking to sell to other EU countries need to consider translating their eCommerce sites into English. Keeping sites in French were found to be nowhere near as effective in gaining customers from other EU countries, as sites created in English.

This information shows that UK eCommerce retailers have a massive head start in cross-border trade and should be taking advantage of it! Whilst listing in each territory using the local language is preferable, if there are some countries you’re not seeing great returns from, it’s definitely still worth listing your site in English, until you can justify the cost of translation to the local language.

There’s really no excuse for English eCommerce retailers not to be selling to customers overseas since they’re more than willing to buy their products!

Going back to the inquiry…

Over the coming weeks, the European Commission will be contacting a number of stakeholders, who will play a crucial role in the inquiry. Their communications will involve sending out requests for information, as well as asking companies to fill in questionnaires about their website and business practices.

The European Commission takes anti-competitiveness pretty seriously and is very likely to take action under EU antitrust rules if companies are found to be violating the rules.

What does this mean for eCommerce retailers?

Whilst there’s no need to panic if you only offer your Magento eCommerce website in English, it may be worth investing in multi-languages (something which is supported by Magento) in the near future. Not only will it help to facilitate cross-border trade but it will also help you to generate increased sales from overseas customers.

As we said, there’s really no need to panic. The European Commission is pretty slow in creating reports, so we don’t expect to see it until some point in 2017. Any new rules and recommendations will take even longer to implement, so there’s really no rush!

Having said that, if you are keen to improve your eCommerce website and encourage cross-border trade, that’s definitely something the Magento eCommerce Agency can help you with. Feel free to get in touch for more information about our services.