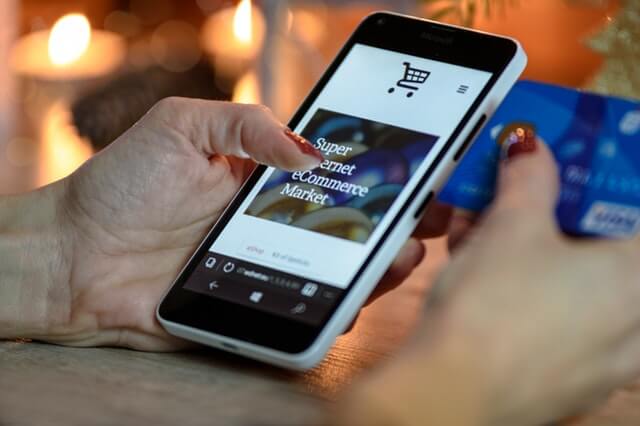 New frontiers for eCommerce in 2018

We’ve not done one of these in a while, the last one was our 2015 eCommerce trends article and things have changed somewhat since then. 2017 has been a great year for eCommerce, with global retail eCommerce sales up to $2.3 trillion, up from $1.9 trillion in 2016. Shopify’s eCommerce predictions state that this number will grow to $2.8 trillion by the end of 2018 and reach $4.5 trillion by 2021. The actual numbers could be a lot higher as the spread of eCommerce globally is happening much faster than we think. China alone accounted for $681 billion. in online retail sales in 2016, followed by the US, according to research published by Forrester. The research also found that 78% of sales in 2017 came from smartphones, up from 63% in 2016.

Our eCommerce predictions will focus on 2018, not just on numbers, but on emerging trends, technologies, adoptions, consumer behaviour and new marketing techniques.

Our eCommerce predictions believe that user generated content (UGC) will become even bigger in 2018. Online shoppers need reviews to be sure of the products they buy. The currency of trust is very important for eCommerce platforms and user reviews are a great way to make this happen. 66% of online shoppers trust reviews posted by peers, since they are interested in their opinion of products before they whip out their credit card and pay online. This consumer behaviour interestingly mimics offline ‘word of mouth’ reviews that customers once depended on before the advent of eCommerce. 2018 could well be the year of user generated storytelling, with more emphasis on visual communication. Snapchat, Facebook and Instagram are social platforms that are increasingly being used to post product pictures and reviews by shoppers. User generated ‘unboxing’ videos are popular on YouTube with prospective buyers of the same product, while DIY videos demonstrate usage of certain products and is a big hit with viewers for whom ‘seeing in believing’. 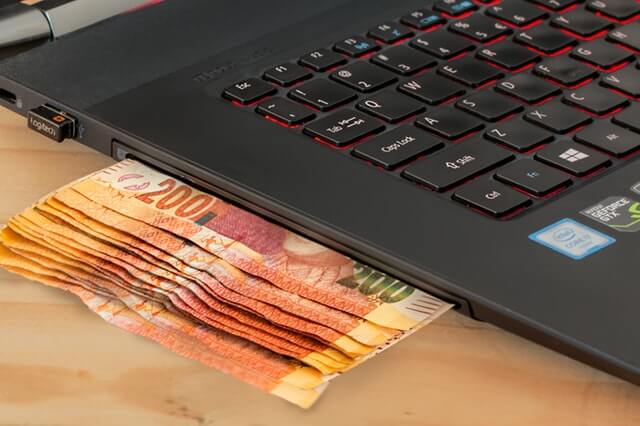 We believe that 2018 will be a huge year for eCommerce

The emergence of KOLs (Key Opinion Leaders) has imploded the power of the media to a great extent in the past years. These opinion leaders, or influencers enjoy immense power over audiences. Today, 71% of online consumers are likely to make a purchase based on a social media reference. Since many influencers produce their own content, it’s a great way for a brand to associate with them, provided there’s enough synergy. For example, a star footballer can endorse products from leading sports brands. Our eCommerce predictions believe that this trend is likely to gain considerable momentum in 2018. Already most businesses generate $6.50 for every $1 invested in influencer marketing, according to a report. With ROI increasing on influencer marketing, our eCommerce predictions believe that it’s a must watch space.

eCommerce prediction 3 – Mobile commerce will grow from strength to strength

Mobile commerce is set to take centre-stage, and our eCommerce predictions think that 2018 could be the year for it. The global mobile commerce industry is likely to reach 2 billion. Users by the end of 2017. According to a report, 2 billion people will make some form of eCommerce transaction using their phones. With the emphasis firmly on mobile, our eCommerce predictions forecast that companies will invest heavily in creating a good mobile user experience for their customers in 2018. WhatsApp and Facebook marketing are also likely to boom as part of the mobile commerce bandwagon. WhatsApp currently has more than a billion users globally, which is 13% of the world’s population. So, far the channel has been underused in marketing, but this is likely to change in 2018.

Mobile commerce is expected to boom in 2018

It’s not just Bitcoin, but global acceptance for crypto-currencies is likely to rise in 2018. Already, there are a number of reputed merchants willing to accept Bitcoin as an acceptable payment solution as this is growing every day and we can only see this growing in 2018. Bitcoins could trade anywhere between $6,500 to $20,000 in 2018, according to a report by CNBC. The crypto-currency will eventually settle in at $14,500, according to experts. From a rock bottom price of $915.90 in February 2017, Bitcoin rose to $19,200 in December 2017. As Bitcoin and other crypto-currencies become popular across the globe, its prevalence in eCommerce is likely to grow.

VR (Virtual Reality) and AR (Augmented Reality) are hot points for discussion, as 2017 draws to a close. Projects created for implementation and further research in order to develop these new technologies attracted investments of $1.7 bn. in 2016. AR is already popular with the new generation 3D videos appearing on your friend’s post pages on Facebook. It is considered to be the next step in marketing within the eCommerce domain. eCommerce predictions are positive on the outlook of adoption of AR by major eCommerce platforms, as the technology provides users with a great in-store shopping experience, while they may be miles away on their smartphones. Customers can interact with products from their bedrooms. IKEA and Converse are examples of companies who have already embraced AR in a big way. IKEA allows customers to place virtual renderings of furniture in their own homes, before ordering online. Converse, the shoes brand allows customers to try on their models on their feet using a virtual app, before they buy. Our number 5 eCommerce prediction for 2018 is that larger numbers of retailers will embrace virtual reality and augmented reality. Many will employ in-house teams while others will outsource. It’s an exciting area for digital marketers to get into. 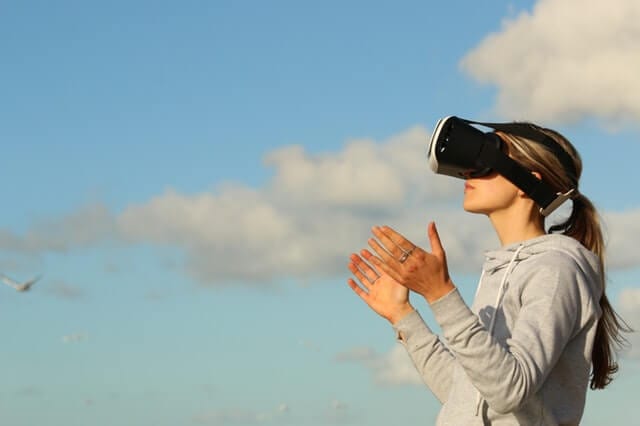 Our number 6 eCommerce prediction is that consolidation will take place in 2018 across the world of eCommerce and Amazon will emerge as one of the biggest contenders. The global investment banking firm, Morgan Stanley believes that Amazon could be a $1 trillion company by 2018. Amazon’s growth is likely to come from buyouts, as well as forward/backward vertical integration strategies where the company could even start its own transportation service. The outlook for 2018 across the industry, according to several eCommerce predictions is that Amazon will continue to grow in market share, emerging as the world’s largest eCommerce giant.

eCommerce prediction 7 – 2018 will see the growth of hyper-personalisation

Hyper personalisation is the practice of offering bespoke products to customers. Businesses are awash with customer data and typically many retailers and eCommerce companies are able to aggregate customer data across multiple touch points. This gives companies incredible insight into what customers want, their buying behaviour, their wants and even how they want to buy it. Brands are therefore employing data driven marketing strategies, in order to personalise the entire buying experience, right down to the product. This is a trend that is likely to explode in the coming year. Research conducted by Accenture found that 49% of shoppers would not object to having their buying behaviour tracked if it resulted in better deals for them. There is a huge emphasis in relevance in the trade off. Customers usually hate spam, but if they can get something that’s just right for their taste and in line with their buying behaviour, then it’s ok. Big data isn’t the only thing that’s driving this shift. For eCommerce, biometric technologies are becoming more sophisticated, while face recognition features on mobile is becoming game changing. eCommerce predictions published by Forbes magazine provides an amazing insight into how genome and DNA based technologies will create personalised medicines, nutrition and therapies for us in the coming years. 2018 is a likely to be a year in which this trend is sure to grow.

However, according to eCommerce predictions, there are other factors that are likely to impact CRM and personal data capture. From May 2018, legislation will commence in the UK and Ireland, by which data protection laws will match the EU General Data Protection Regulation (GDPR). This will create new challenges for eCommerce marketers, putting tighter regulations in place and making it more difficult to collect data on customers. Permission based marketing can therefore make new inroads.

With the birth of internet devices like Amazon’s Alexa and Google Home, both of which are voice controlled, voice activated technology has made giant leaps in 2017. Looking ahead, we our eCommerce predictions are in line with the experts who believe that 2018 is the year in which marketers will define the best strategy for voice enabled commerce. Recently, the fast food giant Burger King released a 15 second ad which elicited a voice search using voice enabled technology. The ad asks Google to return search results about the company’s whopper burger by triggering a voice search, and the list of ingredients with which the burger is made is fed back to audiences from the product’s Wikipedia page, specially set up for the campaign. According to the annual Walker Sands Study on the future of retail, one in five consumers in the US have already made a voice activated purchase using a voice controlled device in the past year. Our eCommerce predictions think that the future for voice is looking bright as the report reveals that another 33% were planning to do so in the immediate future. This number is significantly higher for millennials, i.e. people born from the mid- eighties till 2004. Over 40% of this group have already made voice activated purchases through the internet.

The convergence of these new technologies could prove to be the greatest opportunity for internet marketers, according to our eCommerce predictions. It may be reminiscent of science fiction movies, but the day when we simply schedule a voice activated shopping list that automatically connects with an eCommerce site and places the required order with unerring accuracy is not far away. Voice has already been in use for quite a while in warehouse management and supply chain control. It would appear that an overarching AI (artificial intelligence) that can integrate everything in a seamless manner is where the possible future of eCommerce is headed. Instances of such AI platforms have already started taking shape. One such platform, Voysis, believes that in keeping with our eCommerce predictions for 2018, voice will be the one element of difference between brands that deliver amazing customer experience and ones who do not.  The report believes that 55% of all US households will adopt voice technology by 2022. In fact, our eCommerce predictions do not imply that the future of voice activated commerce will be limited to Alexa and Google Home. At the 2017 consumer electronics show, LG unveiled a web-connected refrigerator called ‘Smart Insta-View’ which uses Alexa technology to order groceries online, while standing next to the fridge and checking the ingredients that are required. Automobile companies have also picked up on this trend, allowing motorists to use voice search to check directions, order products and carry out a range of activities, without ever having to move out of the driver’s seat. So, our eCommerce predictions believe that 2018 could well be the year when we see the release of a number of IOTs that incorporate voice technology. This could well trigger unprecedented changes to the Google algorithm as Google could execute voice commerce instructions, based on factors like local availability. Google would surely recognise the kind of IOT that’s being used to place orders as well. All this would open up a new world for eCommerce retailers as they compete for a piece of the new pie – voice commerce.

Call us for expert guidance on eCommerce

We are well placed to advise and support you on all kinds of web technologies to enhance your eCommerce presence. Whether its mobile, marketing or integration of systems with your back end, we can help you meet your objectives. Our experts are just a phone call away. Call us on 0121 222 5757 or drop us a line and we’ll be in touch right away. We are a family business and we pride ourselves on great customer service. We love speaking with customers – from solutions to your problems to the future of mobile commerce in 2050! Whatever your query, we’re glad you called us and we’re happy to help out as always.